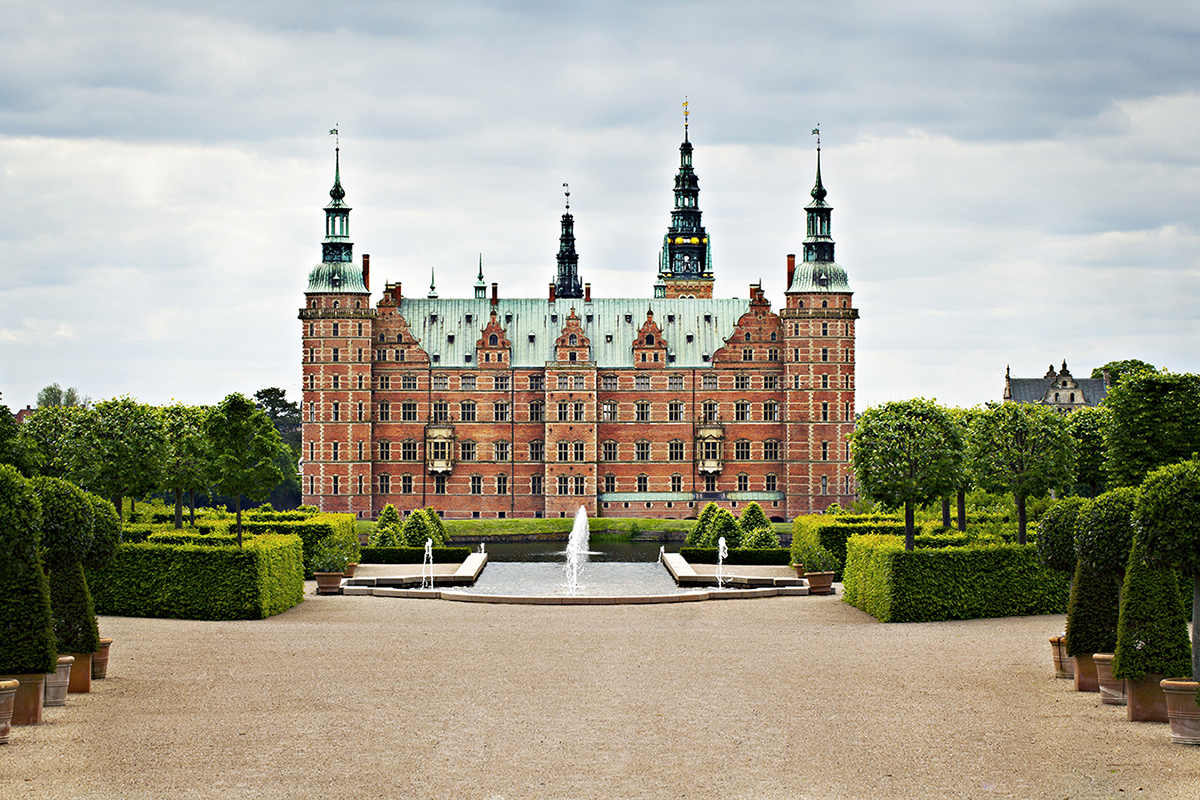 Frederiksborg Castle is beautifully situated on three small islets in the Castle Lake in Hillerød. Within the castle’s walls there are major cultural attractions for the whole family, while the highly picturesque setting is perfect for peaceful walks in the gardens and boat trips.

Frederiksborg Castle was built by King Christian IV in the early decades of the 17th century and is the largest Renaissance complex in the Nordic region. The aim of the building was to show off and enhance Christian IV’s status as a powerful European monarch. Accordingly the castle is richly adorned with symbolic and decorative elements: for example, the impressive Neptune Fountain and the Marble Gallery of the King’s Wing.

Since 1878 Frederiksborg Castle has housed The Museum of National History, which presents 500 years of Danish history with a collection of portraits, history paintings, furniture and applied art. The Museum was established by the founder of Carlsberg, brewer J. C. Jacobsen, and ever since has been an independent department of the Carlsberg Foundation.

The History of Frederiksborg Castle

In 1560 King Frederik II acquired Hillerødsholm Manor and constructed the first part of Frederiksborg Castle. But between 1600 and 1620, his son, Christian IV demolished the castle, before building the Renaissance castle we know today.

While the Castle was being built, Christian IV resided in a large, Italian-style pleasure palace by the name of Sparepenge (English: Savings), which he had built on the other side of the lake. Frederiksborg Castle was used as a royal residence for the following one hundred years.

In 1720 Christian IV’s pleasure palace was demolished and then replaced by a stunning Baroque garden. The actual Castle was also renovated in the 1730s, but ceased to be used as a royal residence by the end of the 18th century. Instead, Frederiksborg was to house the royal collection of portraits.

In the mid-19th century Frederiksborg Castle gained a new lease of life when King Frederik VII moved in. He married Louise Rasmussen, who later became known as Countess Danner.

The royal couple renovated the Castle to make their home more contemporary. This included the installation of several fireplaces and stoves to heat the large rooms. But it was one of these new sources of heat that caused the major fire in the Castle in 1859. Large parts of the interior were burned to a cinder, and in many places the outer walls were all that remained. The Chapel and the Audience Chamber survived the fire.

Following the fire of 1859, the reconstruction of Frederiksborg Castle entailed both a nationwide collection and a lottery to raise funds for the Castle.

The Royal Family decided that they would no longer use the Castle as a residence, so the question of what the Castle should be used for was open. The founder of Carlsberg, brewer J. C. Jacobsen proposed the establishment of a museum of national history at the Castle and he offered to pay both for the reconstruction and for the Museum’s further expenses. Since its inauguration in 1878 the Museum of National History has been an independent department of the Carlsberg Foundation. 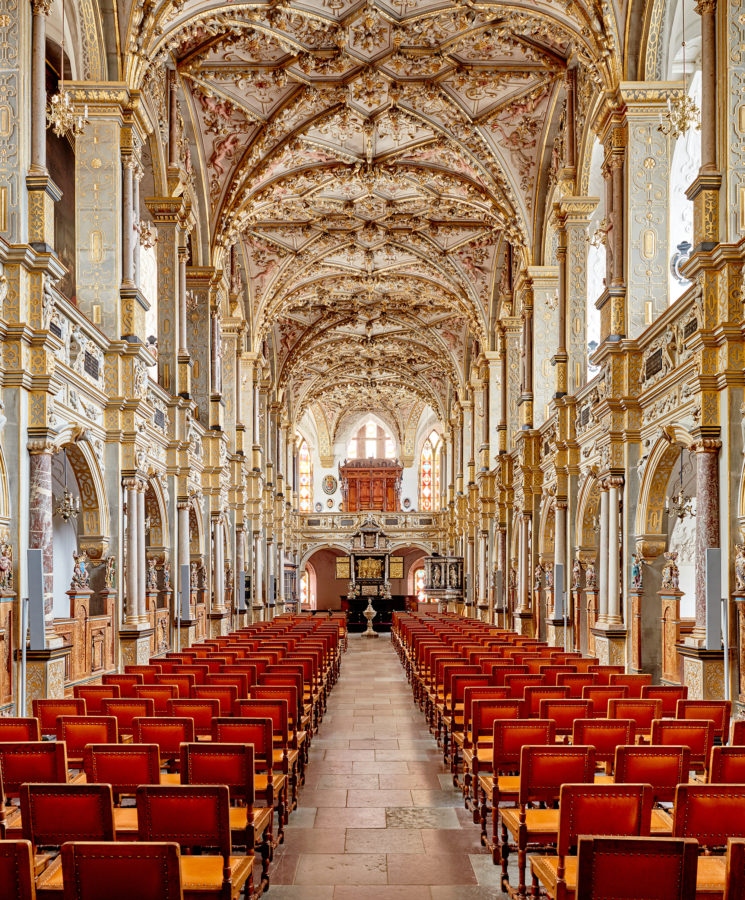 The impressive gold, silver and ebony altarpiece was made by the Hamburg goldsmith, Jacob Mores in 1606. The Gallery is home to the historic Compenius organ, which was built in 1610 by Esajas Compenius. Every Thursday at 13.30 there is a recital on the Compenius organ. The recital is free of charge for visitors to the Museum.

During the period of absolute monarchy (1660-1848) the Kings of Denmark were anointed in the Castle Chapel, and since 1693 it has been the Knights’ Chapel for the Orders of the Elephant and Dannebrog. The coats of arms that adorn the walls feature several that were awarded to international heads of state such as Nelson Mandela and distinguished Danes such as Mærsk McKinney Møller and Niels Bohr.

From the Chapel there is access to the King’s Oratory. This was one of the most magnificent rooms in Christian IV’s castle, but was unfortunately destroyed in the Castle fire of 1859. But the room was recreated with the panels’ intarsia and the ivory ornamentation of the ceilings, so it now looks virtually as it did prior to the fire. The artist, Carl Bloch painted 23 pictures with motifs from the life of Christ to adorn the Oratory.

Since Christian IV’s day, Frederiksborg Castle Chapel has served as a parish church, and still does today. 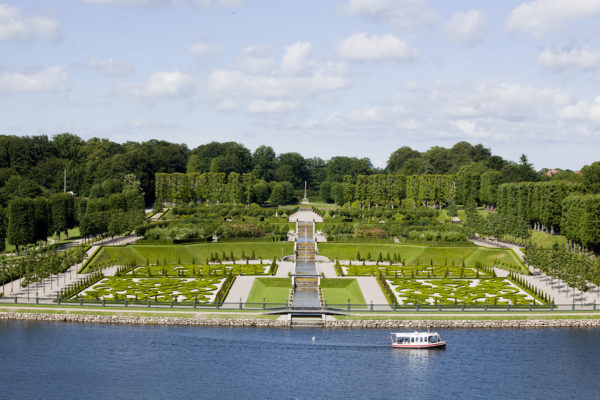 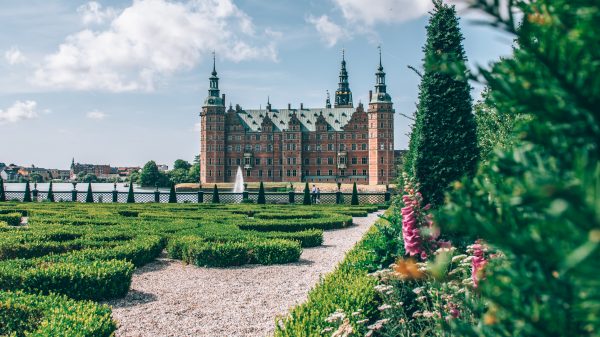 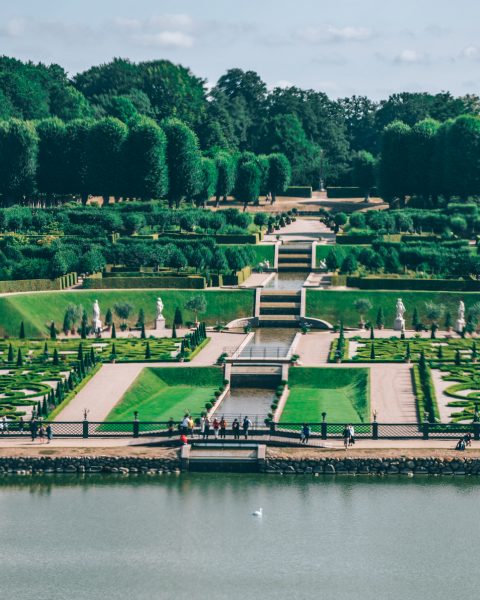 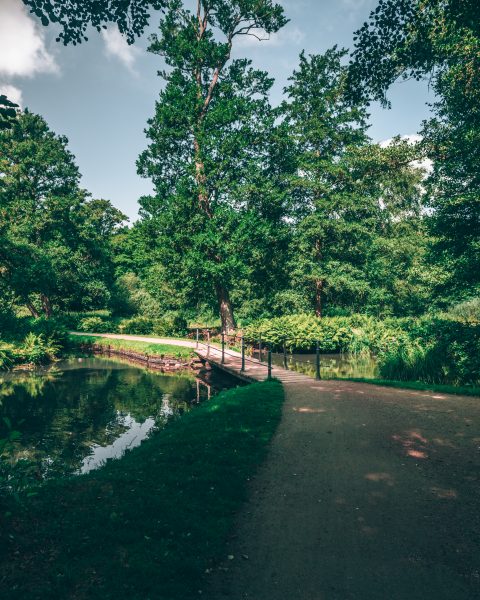 The gardens surrounding the huge building complex represented the finishing touch in the creation of Frederiksborg Castle. Christian IV had his own garden, but in 1720 J. Krieger was commissioned to create a new Castle garden. The pleasure palace Sparepenge was demolished to make way for a stunning Baroque garden, which as the style of the age dictated was symmetrically constructed with perfectly straight hedges.

From the end of the 18th century the Baroque Garden became run down and was not recreated until the 1990s. The lowest plateaus in the garden contain the royal monograms for Frederik IV, Frederik V, Christian VI and Margrethe II, designed in closely trimmed hedges surrounded by dome-shaped box trees. These are the four monarchs, under whom the complex has existed: from Fredrik IV’s creation of the garden to its recreation in Queen Margrethe’s time. 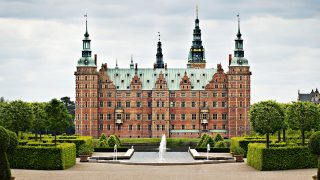 Find all the useful information here to plan your visit. 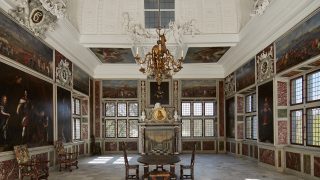 A Tour of the Museum

A tour of the Museum takes you through impressive halls and splendid rooms. 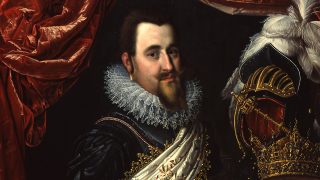 Buy your ticket here and skip the line.
A ticket is valid for the entire day. 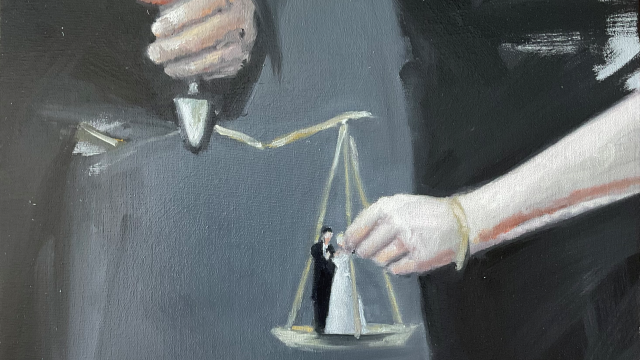 Mathilde Fenger's history painting of the Court of Impeachment 2021 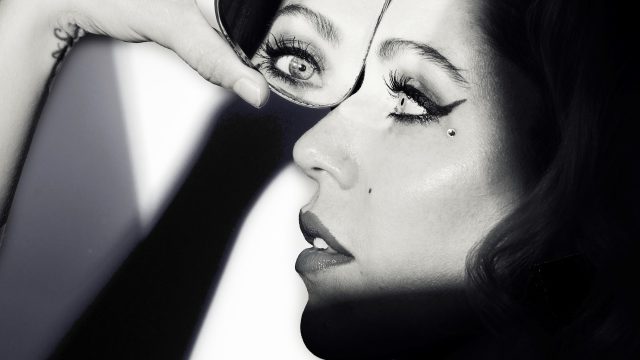 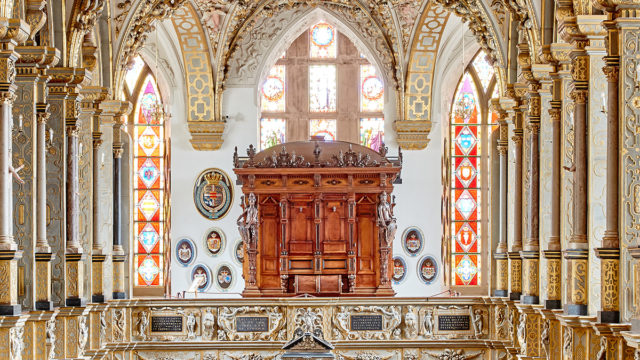 Concert on the Compenius Organ

Frederiksborg Castle has housed The Museum of National History since 1878, when it was established by brewer J.C. Jacobsen, the founder of Carlsberg. The Museum is still run as a branch of the Carlsberg Foundation.

More about the museum